skip to main | skip to sidebar
Please note that you will not find any unfavourable reviews here. I only write reviews on books that I enjoyed reading.

Crime fiction novels are my favorite read of all and I am delighted to announce that Joe Stein writes satisfyingly good books. His first novel featuring Garron, an ex-boxer turned bodyguard, Cold Fire, Calm Rage and the sequel, Another Man's World, are published by bluechrome. Joe also writes short stories in many different genres and will occasionally post one of them here.

Garron is an engaging, complex and likeable character despite or perhaps because of the way he behaves in his world. The world he lives in has many more sharp edges than you or I encounter is our daily lives and as expected this has roughed him up, hardened his psyche. The few mentors he has had, have served to sand down his rough edges, making him a more efficient criminal rather than into a reformed 'good guy'.

Garron is an extremely believable character, who questions his actions, loses sleep over his perceived failings as a human and all the while he is behaving the way he must to exist in his dangerous world, there is a gentle element to his makeup which is subtly woven in. The theme of no one being all good or all bad is almost imperceptible but there none the less and I liked the books all the more so for this glimmer of positivity.

Garron has very few friends both by choice and circumstance but those he does have, he values with a fierce, almost palpable, intensity. The lengths he goes to in order to end one friend's debt goes beyond what many people would endure even for family. Garron is a pensive, introspective character whose reflections on life and love are concise and and insightful.

I have Asperger's syndrome which is a form of Autism and because of this, empathy is not one of my stronger characteristics. I have been socially conditioned over the years to know the appropriate responses to other's plights and moral dilemmas. I can usually be relied upon to to voice them at the necessary times but rarely, if ever, do I truly 'feel' for the other person except for a few family members that I am very close to on a daily basis. However while reading Joe's books I could feel myself begin to 'get it', I innately was able to understand why Garron behaved the way he did and why he felt his choices were the only right ones in those circumstances. That, my friends, is some very clever writing indeed.

Garron muses about life in a series of amusing one liners in both novels, my favorite of which is:
'Women have this really upsetting habit of asking very direct questions often in very direct tones.' (In Another Man's World)

Both books made me reflect on what I have and how very lucky I am to be where I am. I was sometimes lost in the world Garron lived in and relieved when I put the book down and realised that I was in my own safe world. These books are hard hitting and brutally blunt at times, no fluff whatsoever can be found within the covers. They appear to have been written for the 'thinking reader', are a sobering read in a few places and all the more valuable for it. I could not say which of the two I like best as both are written in a slightly different 'tone' and each gives Garron depth in equal measures.

My only regret is that there is not (yet?) a 3rd book in this series. My recommendation is that you buy both the books at the same time to prevent the withdrawal symptoms that are inevitable if you have to endure a break between reading Cold Fire, Calm Rage and Another Man's World.

If you enjoy a good crime novel (and I assume you must if you've read this far), then go buy Cold Fire, Calm Rage and Another Man's World! I found one on Amazon for $50.24! I suggest you go here or here for a more affordable read.

If there are any agents reading this then I suggest you try to get Joe to allow you to represent him. I think that, with the right promotion, Joe Stein's books are good enough to achieve world wide recognition.
Posted by DJ Kirkby at 08:07

It's just luck it's all luck .... well maybe not all to get world wide recognition but undoubtedly an element involved.

I love Crime novels. I've not read one in quite a long time so I might take your advice on the back of your review which I found enticing: "The few mentors he has had, have served to sand down his rough edges, making him a more efficient criminal rather than into a reformed good guy."
Thank you!

Hi again. Cool blog. I don't know how you keep up with so many.

Hi MM
This is a crime novel worth your time. I am wishing Joe all the luck he needs but really his writing is world class.

Hi Ken
That Black Box widget is great fun eh? You've landed on a couple of my other blogs by playing with it too!

Hi Ashley
I am a busy woman :) I landed on what was supposed to be your url via Black Box widget but it wasn't it was some domain being advertised for sale.

Hey DJ - guess where the black box brought me?! First Casdok and now you.....eeek, it's addictive. Love your reviews and do love a good crime novel from time to time....

And now the widget has brought me to you ...

Hi exmoorjane
That is spooky but good! How addictive is the black boxes widget? LOVE IT! Glad you like my reviews, thanks!

Hi Willow
Welcome. I am really enjoying playing with the widget too. Glad you liked my review, the book is most marvellous!

Hello Helenmh
Great to see you here! What a fabulous little widget it is...I was having withdrals symptoms at work today 'cos the dun police won't allow me onto any social networking sites or even onto my home email account!

Man it took me a while to land here!
Thanks for the visit at my blog!

I always hope that a writer gets world wide recognition. All that work put into a book. Their heart and soul - they deserve all the recognition in the world.

Came by the black box. What a lovely way to travel!

I've only had a black box half an hour and I'm addicted.... hi DJ nice to hit upon someone I know already.
Like the review too.
x

Hi Aims
What a lovely sentiment. Welcome to my review blog and please come back again.

Dropped here by the box :)

Hi Sameera
Welcome to another of my blogs! 3 more to go and you will have seen them all!

What a great review -
Joe Stein's work sounds intriguing and you've reminded me that I haven't read a crime novel in far too long!
I've also arrived via The Black Boxes widget - just got bumped over here 3 times in a row. I've taken it as a sign . . .
Megan ( :

Hi Megan
I like your blog a lot! Yes I would agree that arriving here 3 times is def a sign of something but what? I'd say take it as a sign that you should read Joe's books!

Hi...thanks for the birthday wishes today! Wow...you have a lot of blogs...I don't even know where to start! ha-ha! Great to meet you!

Here via black box...enjoyed your thoughts.

Click on the link below to get to My Main Blog

My debut novel - Without Alice

Have you ever had a secret? One so important that it feels as if it will tear you in two? Stephen’s got one. He's also got a great job, beautiful wife and an adorable son. Outwardly his life seems perfect but it means nothing without Alice. Stephen is a man who you will love to hate until you learn to love him. (Available from Punked Books on line from 31st July until it goes on general release on the 4th October)

Click below to treat yourself to something a little different 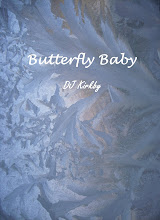 Other blogs of significance to me